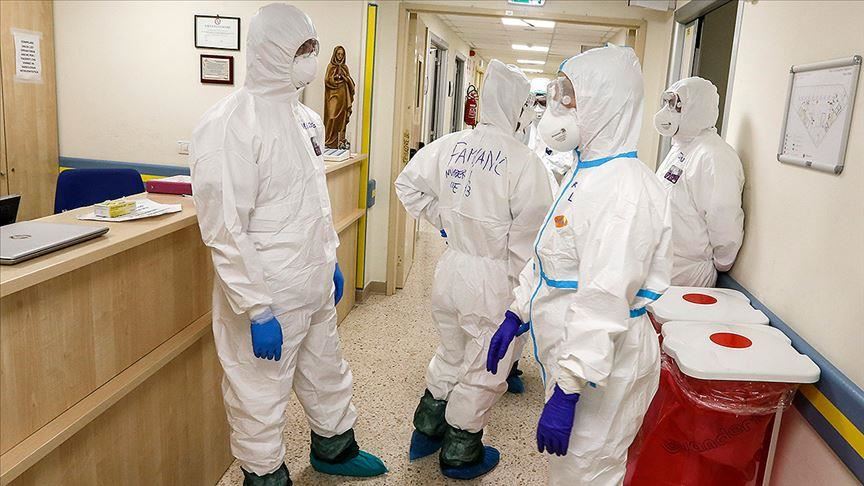 Italy reported 36,176 more novel coronavirus infections Thursday, up 5.5% from the previous day, though experts say a downward trend indicates that the second wave of the outbreak is decelerating.

According to the latest Health Ministry data, the country also registered 653 additional deaths in the past 24 hours, down from the peaks over the past two days above 700.

The national death toll now stands at 47,870 — still the second-highest in Europe after the UK.

Despite the surging number of daily cases, experts confirmed that the curve of contagion seems to have reached “a plateau” and is approaching its peak.

A reassuring sign came from the infection rate, which fell for the fourth consecutive day at 14.4%, after having hovered around 17% in the past week.

The most worrying data remains the occupancy rate of intensive care units, with 43% of all ICUs in the country occupied by COVID-19 patients, well above the 30% critical threshold.

After a strong response to the first outbreak last spring, Italy has been struggling to face the second wave of the pandemic.

With most Italian hospitals overwhelmed by coronavirus patients, the government has gradually toughened its restrictions in seven regions now classified as high-risk “red zones.”

Italy’s special commissioner for the pandemic, Domenico Arcuri, who is also responsible for the country’s vaccination plan, sent a letter this week to regional governors saying that by the end of January, 3.4 million doses of the vaccine would be available nationally.

They will be distributed to an initial group of 1.7 million people, as the vaccination requires two doses.

Hospitals and nursing homes for the elderly will be the first places to be covered by vaccination, as “they represented the main channel of contagion of the virus during the pandemic,” the letter said.

For the others, different methods of administration will be provided, with a “large-scale campaign” that would include drive-throughs and start with people at high risk if infected.

Foreign Minister Luigi Di Maio said Italy would be among the first countries to obtain a COVID-19 vaccine, stressing that it was part of “two big international agreements, one with Pfizer and another with AstraZeneca, which are at the most advanced stage and are having successful trials.”