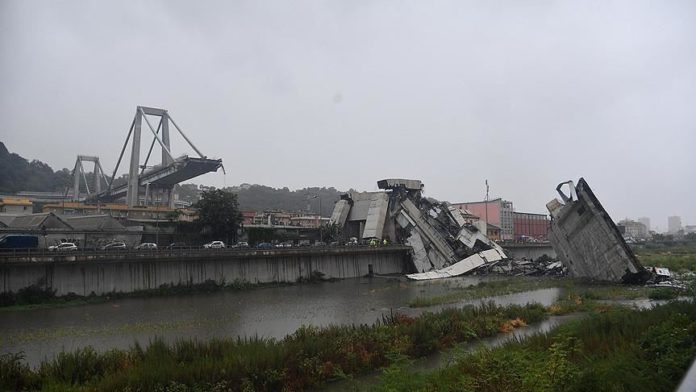 Almost two years after the deadly collapse of its Morandi motorway bridge, the Italian port city of Genoa inaugurates the new high-tech infrastructure that replaces it.

The Morandi bridge — named after the engineer who designed it — collapsed under heavy rain on Aug14, 2018, killing 43 people and injuring hundreds, in one of Italy’s worst civil disasters in decades.

The tragedy was a stark reminder of the state of neglect of Italy’s main infrastructures and long-standing faults in their maintenance.

President Sergio Mattarella will be the first one to cross the new bridge on Monday afternoon, after its reconstruction was completed in record times, based on a project designed by Genoa-born architect legend Renzo Piano. The new structure, built with the highest safety standards, will also include four robots that will inspect its solidity and conduct regular maintenance.

“From a wound that is slow to heal to the symbol of a new Italy which is recovering,” said Prime Minister Giuseppe Conte, who will also attend the bridge’s inauguration, along with Italy’s top authorities.

Many relatives of the victims, however, decided to shun the ceremony, stressing that it risked transforming a tragedy into a parade, distracting from the memory of the people who died.

The 2018 collapse also put the spotlight on the responsibilities of Autostrade, the company which managed the Morandi bridge and runs almost half of Italy’s motorway network.

It now faces allegations of falsified safety reports and key failures in the bridge’s maintenance. Employees at Autostrade are currently under investigation, along with transport top officials, for culpable homicide.

After a two-year-long controversy, Atlantia — the group controlled by the wealthy Benetton family that owns the majority of Autostrade — last month reached an agreement with the Italian government to give up control of the operator, which will become state-controlled.

2 Canadians have been tried, says China