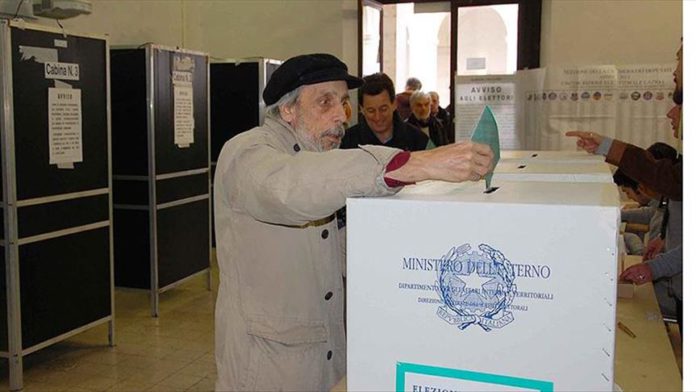 Italy’s government faces its first electoral test after the novel coronavirus outbreak, as around 17 million voters will head to the polls for regional elections on Sunday and Monday.

Even though the local ballot is unlikely to trigger a political crisis, the center-right opposition — expected to do well in most of the voting regions — could further weaken the fractious coalition headed by Prime Minister Giuseppe Conte.

Recent polls suggest the center-left government coalition — formed by the Five-Star Movement, the Democratic Party (PD) and Italia Viva — is set to lose in two to four regions.

While the results in the two biggest regions are quite predictable — the center-left is likely to maintain its lead in Campania and the center-right to easily retain Veneto — Tuscany remains the real game-changing region.

Tuscany is historically one of the left’s strongholds, and a defeat there would put the PD’s current management and its leader Nicola Zingaretti under scrutiny.

The outcome there will also be decisive for the far-right League’s leader Matteo Salvini, whose popularity has been dented by the pandemic and — in case of a defeat — could be seriously challenged by upstart Giorgia Meloni of the Brothers of Italy party.

On Sunday and Monday, Italians will also vote in a referendum on a constitutional amendment that significantly reduces the number of lawmakers, which is expected to pass with a large majority.

The referendum has been strongly championed by the Five Stars, being one of the cornerstones of their campaign against the privileges of the political class. Traditionally weak in regional votes, the Five Stars is betting on the referendum’s victory to gain more weight within the government.

A surprise no vote in the referendum or an unprecedented win of the center-right in Tuscany would deal a major blow to the ruling coalition and Conte’s leadership.

The premier has gained record-high popularity with his handling of the coronavirus emergency, but has suffered waning support in the past few months, with the government challenged by a chaotic reopening of schools and a new surge in COVID-19 infections.

Analysts, however, believe that even if Conte’s leadership is challenged by the elections’ result, this would most likely result in a Cabinet reshuffle rather than early elections.