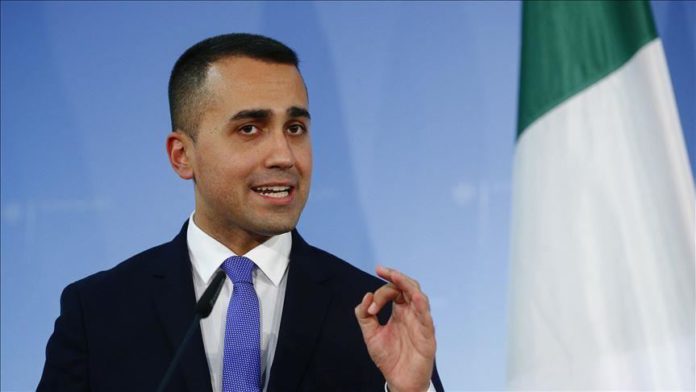 Italy’s Foreign Minister Luigi Di Maio warned on Wednesday that there is no alternative to a political solution of the Libyan conflict, expressing concern over a possible escalation which could lead to a new war in the region.

Di Maio added that he recently discussed the situation in Libya with the EU High Representative Josep Borrell, who is reconsidering the option of naming a special European representative for the war-torn country.

“We would need a neutral figure who would give a new impulse to dialogue in the wake of the Berlin conference,” which started the path towards a permanent cease-fire, Di Maio said.

Since the ouster of late ruler Muammar Gaddafi in 2011, two seats of power have emerged in Libya: military commander Khalifa Haftar in eastern Libya, supported mainly by Egypt and the UAE, and the Government of National Accord in Tripoli, which enjoys the UN and international recognition.

Haftar unilaterally declared himself the ruler of Libya on Monday, claiming that he “accepted the mandate of the Libyan people” and terming the 2015 UN-brokered Skhirat agreement for a unified government in the country “a thing of the past.”

Haftar’s self-proclaimed Libyan National Army launched a failed offensive to take Tripoli last April, which caused bloodshed and suffering but stalled on the outskirts of the city.

Di Maio stressed the Italian government is worried by Haftar’s declaration, adding that Italy only supports “Libya’s legitimate institutions” which are recognized by the international community.

“The first step to be made is to block the use of weapons and stop this war, using the tools and the timing of diplomacy,” he said.

Di Maio noted that the main risk in Libya is a possible new escalation that would lead to another conflict in the region.

“Libya and the Libyan people can’t afford it, neither can Europe and Italy” he said.