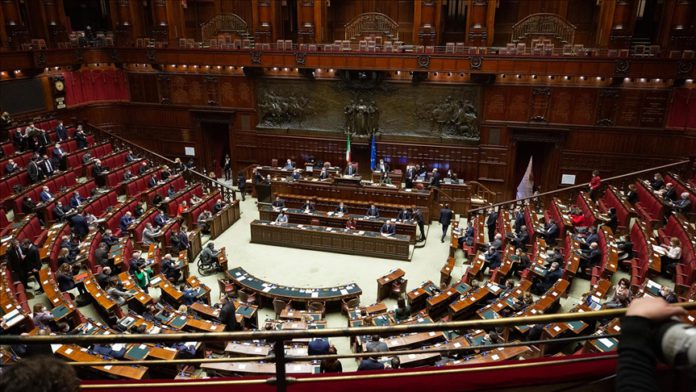 Italian lawmakers failed for a second day in a row to elect a new president, as the cross-party deal needed to break the stalemate remained elusive.

Prime Minister Mario Draghi is the most high-profile contender for the post, but lesser-known political figures, such as former parliamentary speaker Pier Ferdinando Casini, are also in the mix.

The election, often compared to a papal conclave because it is just as unpredictable and rife with intrigue, is in the hands of just over 1,000 national and regional lawmakers, who vote daily via secret ballots.

On Tuesday, they cast 527 blank ballots, far less than the previous day’s 672.

Voting is widely expected to go on at least until the fourth round on Thursday, when the winning majority will drop from two-thirds to just over 50%.

Center-left parties, however, declined to support any of the nominees.

“We should lock ourselves in a room with bread and water, and throw away the key until we find the solution,” he said.

A bipartisan solution is necessary as neither the right nor the center-left command a majority in parliament. Draghi is currently heading a grand coalition that includes all major parties except the far-right Brothers of Italy.

Draghi, a former president of the European Central Bank, is seen by many as a natural candidate for the Presidency after an impressive 11-month stint as prime minister, during which he oversaw an effective COVID-19 vaccination drive and raised Italy’s international standing.

His appointment would likely reassure the EU and financial markets, who will rely on Draghi to ensure that the nearly €200 billion ($227 billion) Italy is due to receive from Brussels in pandemic recovery aid is spent responsibly.

His promotion, though, would throw open the question of a replacement prime minister, a difficult choice that could bring about a much weaker government or snap elections if no agreement is found.

To get around the problem, some have proposed maintaining the status quo and reappointing President Sergio Mattarella, whose term ends on Feb. 3. But, the 80-year-old has repeatedly said he wants to step down.

In Italy, presidents are the cornerstone of the political system, serving a seven-year tenure, while prime ministers change almost yearly.