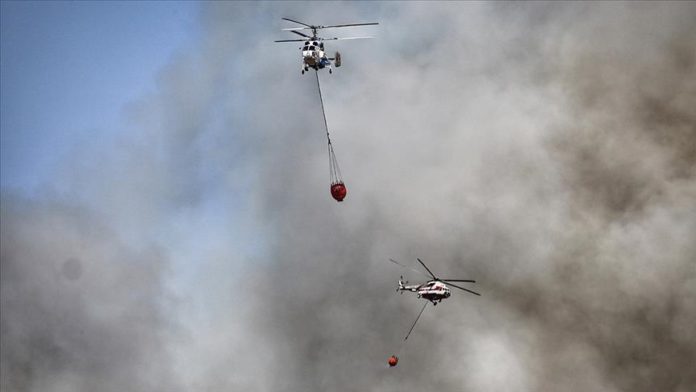 The southern regions of Italy, especially on the island of Sicily, were struggling with fires in forests and rural areas on Saturday.

Fire officials said on Twitter that 250 operations were conducted in Sicily in the past 24 hours, 130 in Puglia and Calabria, 90 in Lazio and 70 in the Campaniia region. Operations are still underway.

Nearly 200 people stranded on the coastline due to fire and heavy smoke in the southern part of Catania were evacuated via the sea by police teams.

“We have received 558 requests for help in extinguishing fires from the regions since June 15,” Civil Defense General Manager Fabrizio Curcio said at a news conference.

Last weekend, 20,000 hectares in the Oristanese countryside in the west on the island of Sardinia burned and 1,500 people were displaced.