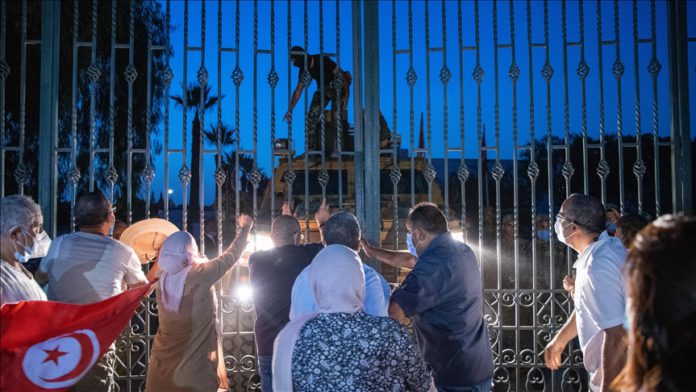 Di Maio and Borrell reasserted their common commitment to act for political and economic stability, it added.

Tunisian President Kais Saied announced that he suspended all the powers of the assembly as well as the deputies’ immunity, dismissed Prime Minister Hisham al-Mashishi, and said he would take over the executive power with a premier he would appoint.

Since January, the country has been in a political deadlock amid a dispute between Saied and Mashishi over a government reshuffle that the former rejected.

The country is also facing an economic crisis and a surge in coronavirus infections amid warnings of a possible collapse of the healthcare system.