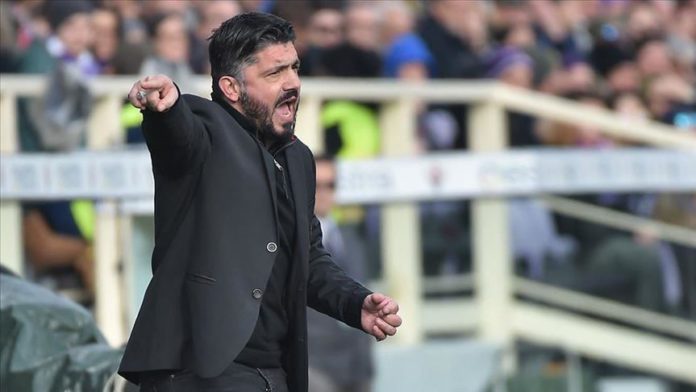 “Francesca Gattuso faced her illness with the same strength and energy she brought to Milanello [AC Milan training facility] and AC Milan every day. Rino [Gennaro], the immense pain you and your family are feeling is also ours. Rest in peace, dear Francesca,” AC Milan said on Twitter.

Gennaro, 42, is currently managing Italian top-tier Serie A club Napoli as the first team’s head coach but is an AC Milan legend for his longtime service as a player.

In addition Napoli offered condolences to the family of Gattuso on social media.

Italian daily La Repubblica said that Francesca underwent surgery and was taken in the intensive care unit but suddenly she got worse on Tuesday.

She was hospitalized after getting ill in February.

Having played in the central midfield position for AC Milan and the Italian national team, Gattuso was known for his tenaciousness and aggressive behavior on the pitch.

The former Glasgow Rangers player spent his best years in AC Milan from 1999 to 2012.

Gattuso had 468 appearances for the Italian club, producing 11 goals and 20 assists.

Gattuso, who had 73 international appearances for Italy, bagged the 2006 FIFA World Cup in Germany.

He retired from professional football in 2013.

Coat, hat found in search for missing hikers in Turkey