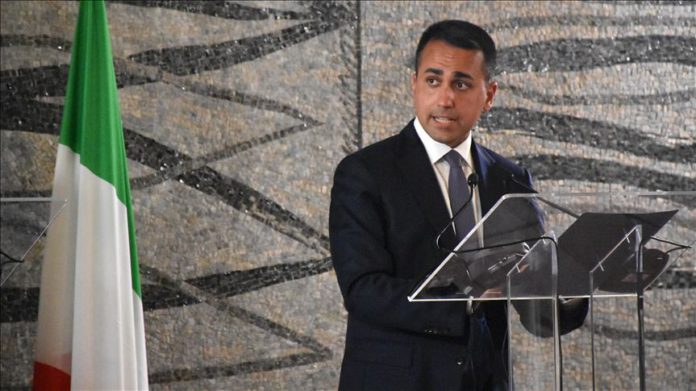 Italian Foreign Minister Luigi Di Maio praised Germany’s decision to remove any alert on tourism to Italy from mid-June, calling it a “loyal and transparent choice” that reflects Italy’s current state of health.

Di Maio met his German counterpart Heiko Maas in Berlin on Friday, to discuss the European response to the coronavirus pandemic and reopening of EU borders to tourists.

The Italian top diplomat will also meet other European counterparts in the next few days, to promote Italy’s image abroad, as the country was among the worst-hit by the outbreak, which heavily hurt its key touristic industry.

In a joint press conference, Di Maio also thanked Maas for Berlin’s sanitary help during the peak of the pandemic when Italy’s struggling sanitary system was almost close to collapse.

“We also appreciated Germany’s position in the debate over the European recovery plan,” Di Maio said, referring to the multi-billion Recovery Fund and other financial aid tools proposed by the European Commission to help the weakest countries face the fallout from the pandemic.

Germany and France drafted the first proposal that led to a decision on the aid package, which needs now approval from all EU members.

Di Maio also called for “a stronger Europe, able to corner individualism”, and stressed the difference between sovereignty and nationalism, noting that the latter also damages the interests of single countries.

The Italian minister said he shares with Maas the same worries over the situation in Libya, where a civil war could escalate into a regional and international conflict.

Commenting the role of the EU’s military Operation Irini — aimed at monitoring a UN arms embargo on Libya — Di Maio stressed the “neutrality” of the operation’s mandate.

Maas noted that both sides in the conflict have violated the UN embargo, providing no contribution to the process of resolution of the conflict.

Libya’s government was founded in 2015 under a UN-led agreement, but efforts for a long-term political settlement failed due to the military offensive by Haftar’s forces, which have killed around 1,000 people since April 2019.

In March, the Libyan government launched Operation Peace Storm to counter attacks on the capital, and recently regained strategic locations, including Al-Watiya airbase and the strategic Tarhuna city.