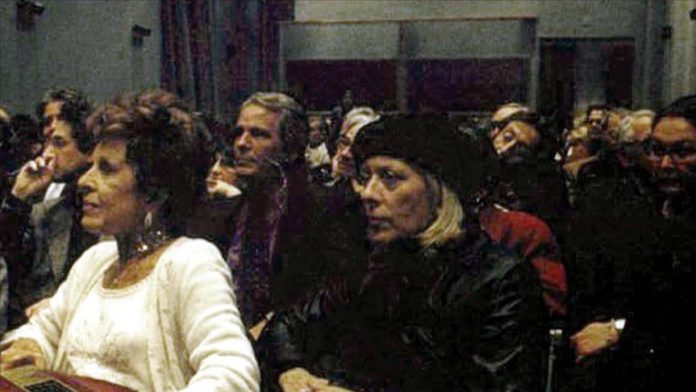 Monica Vitti, an icon of Italian cinema best-remembered as the star of Michelangelo Antonioni’s arthouse classics from the 1960s, has died at the age of 90.

Her death was announced on Twitter on Wednesday by Walter Veltroni, a filmmaker, author and former politician, who said he was passing on the news from Vitti’s husband.

“Roberto Russo, her partner in all these years, has asked me to announce that she is no longer with us. I do it with sorrow, affection, regret,” Veltroni wrote.

She then turned to comedy, often co-starring with Alberto Sordi, an Italian stalwart of the genre. Vitti also acted in two English language films, Modesty Blaise (1966), with Terence Stamp and Dirk Bogarde, and An Almost Perfect Affair (1979) with Keith Carradine.

Vitti, who used a stage name, was born in Rome on Nov. 3, 1931, as Maria Luisa Ceciarelli. She had long retired from the public scene as she was suffering from an Alzheimer’s-like degenerative disease.

Culture Minister Dario Franceschini paid tribute to her saying: “Farewell to Monica Vitti, farewell to the queen of Italian cinema. Today is a really sad day, a great artist and a great Italian has gone.”