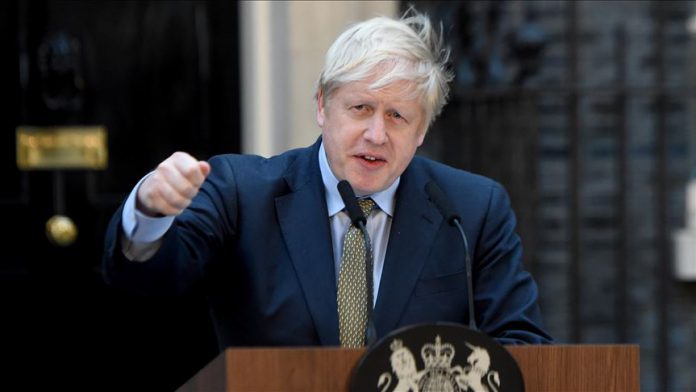 It is too early to lift lockdown measures in the UK, British Prime Minister Boris Johnson said Monday.

Speaking in front of Number 10 in his first public appearance as he has returned to office after his COVID-19 recovery, Johnson said there are signs that “we are passing through the peak” and the UK is at the point of “maximum risk”.

“Clearly the government will be saying much more about this [lockdown] in the coming days,” Johnson said.

He said the government will lift the lockdown when it is absolutely sure that a second wave is not coming.

He said: “We must also recognise the risk of a second spike and letting the reproduction rate go back over one. That would not only be a new wave of death and disease but also an economic disaster and we would be forced once again to slam on the brakes across the whole country and whole economy and reimpose restrictions.

“I refuse to throw away all the effort and sacrifice of the British people.”

“I know it is tough. I want to get the economy moving as fast as I can,” he said.

“But I refuse to throw away the sacrifice of the British people,” he added.

“These decisions will be taken with the maximum possible transparency.”

British health authorities announced on Sunday that the UK-wide death toll from coronavirus rose by 413 in 24 hours, the lowest daily rise this month.

The total death toll is almost 21,000 as of Sunday and the UK is at a point to “wrestle it to the ground” if coronavirus was a mugger, according to Johnson.

The real death toll can be as high as more than 40,000 if deaths at care homes are added in the tally, according to a calculation by The Times, based on figures released by the Office for National Statistics.

Johnson himself fell ill weeks ago and had to go to hospital and the intensive care after his condition deteriorated fast but he was later discharged from hospital to complete his recovery.

The countrywide lockdown has been extended for a further three weeks last week.