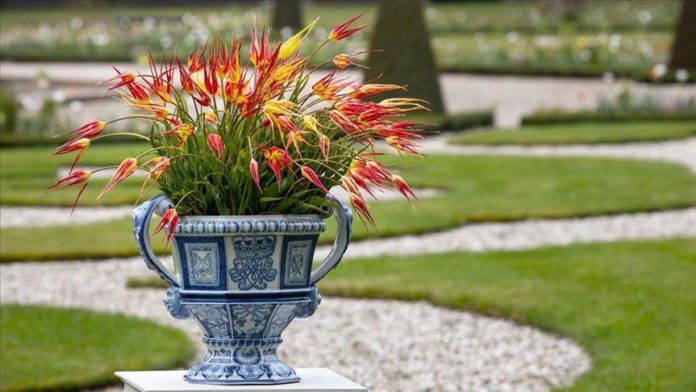 The Istanbul Tulip returned home to Turkey after two centuries, Consulate General of the Kingdom of the Netherlands said Thursday.

“Today, after more than 200 years, we brought the Istanbul Tulip home!,” Consul General Bart van Bolhuis said in a series of Tweets and shared pictures of the yellow-reddish flower with acuminate leaves.

Van Bolhuis handed over the original Istanbul Tulip, along with a video message to Istanbul Mayor Ekrem Imamoglu and 16 million Istanbulites.

“The Ottoman Empire laid the basis for the tulip cultivation and culture, and the Dutch have further developed the tulip and spread it all over the world.

“The Istanbul Tulip is still cultivated in the Netherlands today on a small scale. Now the tulip is home again, in Istanbul!,” the post said.

Van Bolhuis explained in the video that a visit to Amsterdam by Imamoglu was scheduled next week and flowers were planned to be presented to the Istanbul mayor as a surprise. But those plans were scrapped because of the novel coronavirus.

“We hope that the tulip, symbol of the friendship between the Netherlands and Turkey, brings every Istanbulite comfort and confidence to overcome this pandemic together,” it added.

The symbol of Turkey and Istanbul, the tulip was taken to Europe during the second half of the 15th century.

The tulip became popular in the Netherlands and made its way to the Canadian capital of Ottawa before becoming known worldwide.