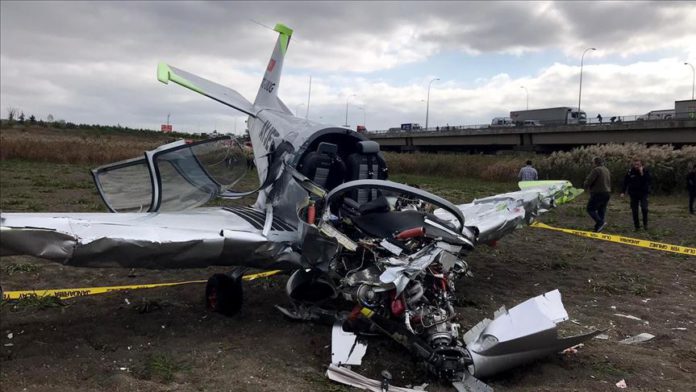 After taking off from Hezarfen Ahmet Celebi Airport, at around 11.00 a.m. local time (0800GMT) the plane made an emergency landing in an empty lot in the Buyukcekmece district due to engine failure, said a statement by the provincial governorship.

The injured pilot was taken to the hospital by an air ambulance.

Disaster and Emergency Management Authority (AFAD), firefighters, and other first responders reached the crash scene after the crash.

Local prosecutors have launched an investigation into the incident.