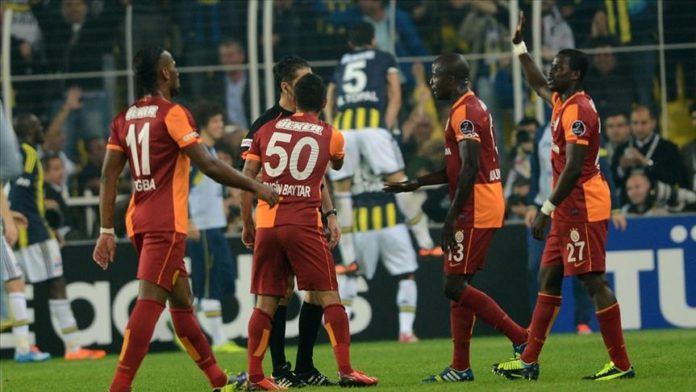 Fans in Turkey are excited to witness one of the biggest derbies of Turkish football this weekend as the winning side will gain the edge in the title race.

In the most anticipated game of matchday 24, league leaders Fenerbahce will host runners-up Galatasaray at Ulker Stadium Saturday, with the whistle to blow at 1600GMT.

Having won eight out of the last nine league matches, Fenerbahce had an impressive form in recent weeks, collecting 48 points in 22 matches to top the Turkish Super Lig.

The Yellow Canaries actively sought to bolster their squad during the winter transfer window in a bid to end their title drought since 2014.

They completed one of the most sensational transfers in Turkish football after signing 2014 FIFA World Cup winner Mesut Ozil from Arsenal on a free transfer.

Ozil is set to play his first Istanbul derby against Galatasaray.

Galatasaray and Fenerbahce were in a race to sign Kahveci, but he preferred to play on Istanbul’s Asian side for the rest of his career.

Galatasaray secure 4 successive wins in league ahead of derby

After winning four consecutive league matches, the Lions moved to second place with 45 points in the Super Lig, three points behind the leaders.

They added five more players to their first team during the winter transfer window to keep up their hopes for the title race: Henry Onyekuru, DeAndre Yedlin, Gedson Fernandes, Mostafa Mohamed and Halil Dervisoglu.

Fernando Muslera will be a key player for Galatasaray as he will play his 23rd game against Fenerbahce since 2011, making the most appearances in the current squad.

Out of the 393 clashes between the two Istanbul powerhouses, Fenerbahce primarily dominate the fixture with 147 victories compared to Galatasaray’s 123, whereas the remaining 123 times have ended in draws.

The Yellow Canaries also lead the goal count, having netted 513 against Galatasaray’s 463.

In 127 Super Lig matches, Galatasaray claimed 34 victories and Fenerbahce 50 as 43 games ended in a draw.

Galatasaray got a crucial 3-1 win against Fenerbahce on Feb. 23, 2020, snapping a more than 20-year winless spell in the intercontinental derby.

The Lions failed to get an away victory over the Yellow Canaries for 23 games until this, after last winning on Dec. 22, 1999, with a 2-1 score.

The last derby between the two sides ended in a goalless draw at Galatasaray’s Turk Telekom stadium on matchday three.

However, the Lions dominated past derby games under the helm of Turkish manager Fatih Terim.

Playing 32 games over Fenerbahce, the Yellow-Reds claimed 11 wins, lost in nine and drew in 12.

Five of Galatasaray’s players will miss the derby.

Algerian midfielder Sofiane Feghouli, Norwegian defender Omar Elabdellaoui, as well as Ogulcan Caglayan, Sener Ozbayrakli and Emre Tasdemir will not fight for their team due to their injuries.

Fenerbahce will host Galatasaray, also without some of its key players.

At the end of matchday 23, Fenerbahce are top of the Super Lig, collecting 48 points as Galatasaray are in the second spot with 45.