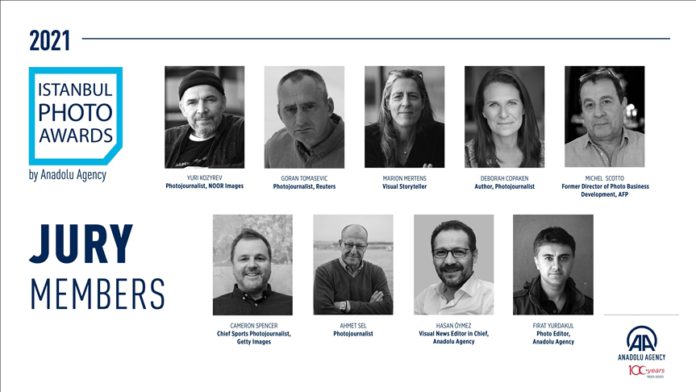 The jury for the international photography contest Istanbul Photo Awards 2021, organized by Anadolu Agency for the seventh time this year, has been announced.

Goran Tomasevic, Reuters photojournalist who has covered the world’s biggest stories for over 20 years, also joined the jury of the contest this year.

His photos, which have become some of the most enduring images of the conflicts fought in the Balkans, Iraq, Afghanistan, Libya and Syria, and photographic features from Africa bear witness to history and are published on international media.

Tomasevic’s works have been recognized with many prestigious international awards such as the Pulitzer and World Press Photo. His works were exhibited at Czech Photo Gallery in 2012, Hong Kong’s Foreign Correspondents Club in 2014 and the annual Visapour l’Image festival in Perpignan multiple times.

The jury of the contest, which is participated by hundreds of professional photographers worldwide annually, will meet online on May 4 to 6.

The winners will be announced on May 11 after the selection process, followed on the platform specially prepared for the contest by the Anadolu Agency’s dedicated tech team.

Information related to the jury members composed of a prestigious member of the world of photography can be accessed at www.istanbulphotoawards.com/Jury/.

Deadline for participation is March 18

Applications are open for professional photographers until March 18, via www.istanbulphotoawards.com.

The winner of Photo of the Year, who is Single News category first prize winner, will be awarded $6,000.