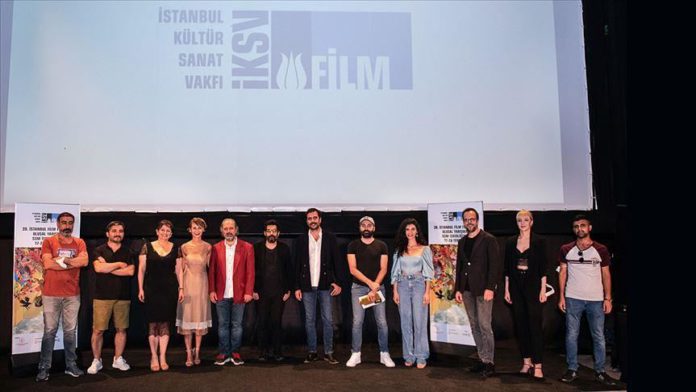 Ask, Buyu, vs. (Love, Spells and All That) by 55-year-old director Unal was awarded for “its plainness, effortless conveying of its story without romanticizing its protagonists or environment; its comprehensive, external as well as internal perspective, and for making us believe its story more and more at each step,” according to a statement from the Istanbul Foundation for Culture and Arts late Tuesday.

Unal also received the Best Screenplay award for his film.

A total of 11 feature and 12 short films vied in the competitions.

Selen Ucer and Ece Dizdar won the Best Actress Award for their roles in Love, Spells and All That while the Best Actor Award was given to Fatih Al for his role in Korlesme (Going Blind).

This year, the festival held two competitions with open-air screenings on July 17-28 as the country has eased coronavirus measures.

The screenings for the National Competition and National Short Film Competition were held at the Sakip Sabanci Museum’s Fistikli Terrace which offers a magnificent view of the iconic Bosphorus.

Online screenings were also held on the festival’s website, filmonline.iksv.org.

Established in 1982, the festival this year is expected to screen delayed international films on Oct. 9-20, along with another Istanbul festival Filmekimi, the statement added.