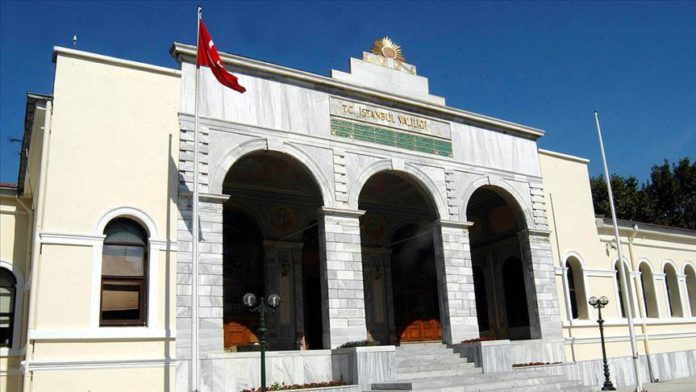 “The independence of Istanbul is the strongest proof that no one can fetter this nation, which became of one heart,” Yerlikaya said.

He reminded that Istanbul, “the city that merges the East and West, the memory of humanity with its unique history,” was invaded on March 16, 1920, occupied for almost five years and saved by Turkey’s founding father Mustafa Kemal Ataturk on Oct. 6, 1923.

“I hereby commemorate chiefly our republic’s father, Mustafa Kemal Ataturk, and his fellow fighters, our saintly martyrs, and veterans who rendered this land a homeland for us,” he added.

Noting that he feels honored and responsible for serving Istanbul, he said: “We will be working ever harder in every field to carry Istanbul forward and to be worthy of our martyrs, veterans and ancestors.”

Yerlikaya recalled the coup attempt on July 15, 2016, which he noted as an example of “the Turkish nation’s independent spirit” that never fails.

In a speech, Prof. Dr. Bulent Bakar, a faculty member in the Department of History at Marmara University, said: “Independence can only be achieved and preserved with a nation in unity and with a strong army.”

Prof. Dr. Fatma Urekli, head of the History Department at Mimar Sinan Fine Arts University, noted that the main reason for the occupation was to impose a treaty with compelling conditions on the Ottoman government.

“It was presumed that all resistance of the Turkish nation would be broken upon the occupation of the capital Istanbul, and with the imposed peace treaty, the Ottoman Empire would not be able to object to the map that would break it into pieces,” Bakar said in his speech.

“Contrary to what was expected by the British, French, Italian and Greek invaders, Turkish resistance and determination increased, and the War of Independence took a new turn.”

Istanbul was occupied by the Allies based on the Armistice of Mudros signed on Oct. 30, 1918 following World War I. The city remained under occupation for four years, 10 months and 23 days until it was liberated on Oct. 6, 1923.

The Allies ended the invasion and left Istanbul after signing the Treaty of Lausanne on July 24, 1923 with the Turkish victory in the War of Independence.

By the end of World War I, the nation was poor, weary, writhing in epidemics and faltering in great difficulties and problems, Prof. Dr. Urekli said. She went on to say that these invasions and occupations caused “profound wounds and disappointment” among the people.

Turkish stocks up 0.12% at Tuesday's open