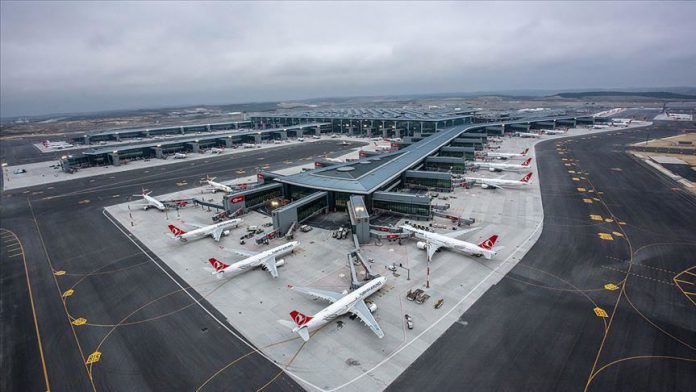 Istanbul Airport hosted 25% of total passengers traveling through Turkey in 2019, according to data compiled by Anadolu Agency from the country’s airport authority on Monday.

Some 326,713 commercial flights were made from the mega-airport last year, constituting 21% of the national total.

Istanbul Airport officially opened on Oct. 29, 2018, the 95th anniversary of the founding of the Republic of Turkey and took over air traffic from Ataturk Airport on April 6, 2019.