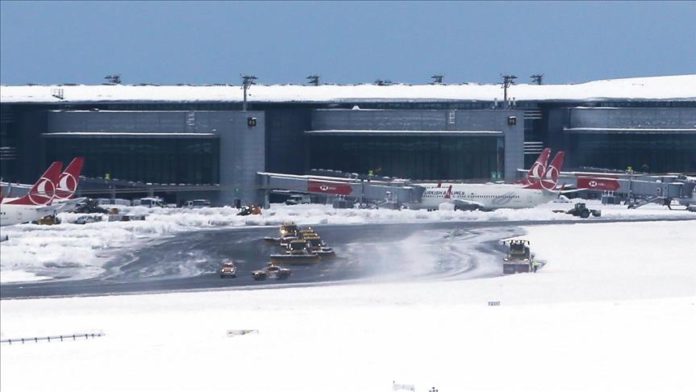 Turkiye’s mega-Istanbul Airport has partially reopened to flights after a one-day hiatus due to heavy snowfall in the city, the country’s civilian aviation authority announced.

“After having received parking space approval, Istanbul Airport runway 18/36 was opened to traffic on Tuesday at 12 (noon) local time (09.00 GMT), with priority for divert flights,” said a tweet by the Civil Aviation Directorate General.

Istanbul Airport was shut to flights as of Monday after snowfall hit Istanbul, also shuttering shopping malls and disrupting traffic.

National flag carrier Turkish Airlines announced earlier that it had suspended flights to and from Istanbul Airport until Wednesday midnight (GMT2100).

Turkey: Banking sector net profit at $6.4B in Jan-Sept