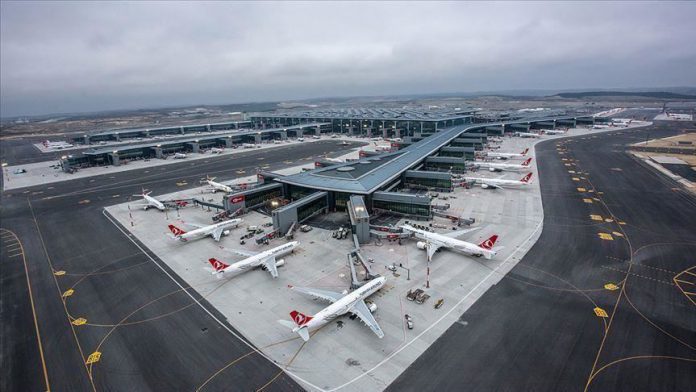 After operations were transferred from Ataturk Airport to the new Istanbul Airport, the new mega-airport served 64 million passengers in a nearly one-year period, from April 2019 to the end of this March, according to the airport operator.

The airport also hosted 74 aviation companies and 67 food firms and made €22.4 million ($24.2 million) in additional payments to the state, the airport’s operator IGA announced on Monday in a press release.

It said work on the airport’s third airstrip will be completed as of June 18.

On the world aviation sector slowdown due to COVID-19, Kadri Samsunlu, IGA’s