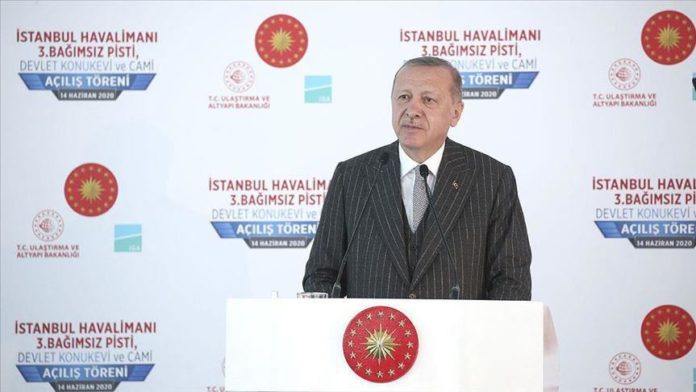 With its target to serve 200 million passengers annually, Istanbul Airport is one of the symbols of Turkey’s 2023 centennial goals, the country’s president said on Sunday.

Speaking at the opening ceremony of third runway at Istanbul Airport, Recep Tayyip Erdogan said the airport has become “Turkey’s pride” since its inauguration in 2018.

The airport now gained its third independent runway, the second tower, and a new taxiway, the president said.

“We managed to increase the flights from 60 destinations abroad to 350. Air cargo capacity, which was 303 tons per day, has reached 2,500 tons,” Erdogan added.

The airport, whose first phase was opened officially in October 2018, is one of the most important and largest airports in the world with around 100 million annual passenger capacity.

The airport is projected to serve 200 million passengers annually with full capacity after the completion of all four phases with six runways by 2028. 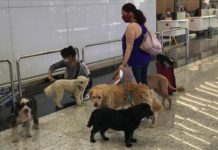 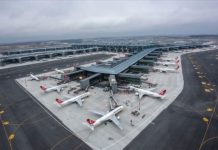 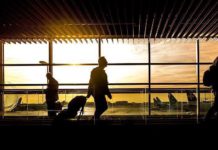 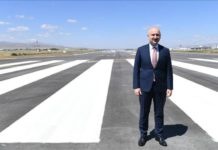 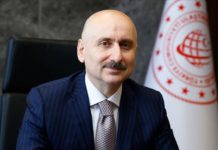 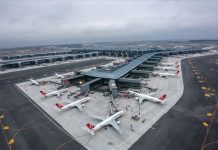