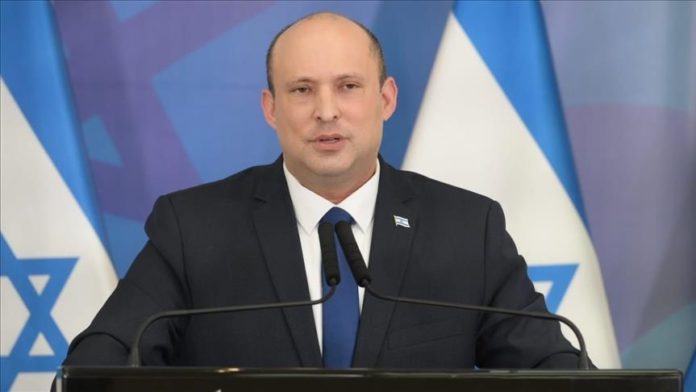 The resignation of an Arab lawmaker from the ruling coalition in Israel has left the government of Prime Minister Naftali Bennett on the verge of collapse.

Ghaida Rinawie Zoabi, a lawmaker from the leftist Meretz Party, quit the coalition on Thursday, reducing it to a minority in the Knesset (Israel’s parliament).

She cited the harassment of the Arab community in Israel and land confiscations as among reasons for her resignation from the ruling coalition.

Her resignation means that the Bennett’s government now has the support of 59 lawmakers in the 120-seat Knesset.

As the Israeli opposition is breathing down the government’s neck, there are now a number of possible scenarios for the political scene in Israel.

Headed by the right-wing Likud leader and former Prime Minister Benjamin Netanyahu, the opposition is relentlessly seeking to persuade right-wing lawmakers to withdraw their support for the government.

However, six deputies of the Joint List, an alliance of three Arab parties, are worried that endorsing the opposition move may pave the way for Netanyahu to form a new government.

Jonathan Freeman, a political science lecturer at the Hebrew University of Jerusalem, believes that the Bennett’s government can still survive despite becoming a minority in the Knesset.

“One of the things that works in favor of the current government is the public opinion polls that suggest that members of the current coalition have more to lose than others in terms of their seats in the Knesset if new elections are held,” he told Anadolu Agency.

“This is a key point that pushes them to sacrifice more in terms of their ideologies in order to preserve the government,” he added.

Freeman opines that the tense security situation in the Palestinian territories and Israel has weakened the Bennett’s government.

The government “is accused of failing to stop this wave of violence at a time when the security situation is already deteriorating,” he added.

Although this is “complicated,” Freeman said, it is still a possibility “if the government decides to launch a military operation in Gaza or against Lebanese group Hezbollah in the north and the United Arab List decided to leave the coalition.”

“I do not rule out the possibility that the Likud would join the government if there were really terrible security conditions, worse than they are now,” the lecturer said.

Freeman warned that more lawmakers from the parties supporting the government might quit the coalition.

“The situation is therefore difficult, and that is why I say that a security deterioration like launching an operation in Gaza may lead to the formation of a national unity government, under which the Likud will join,” he added.

Last week, Israel Today newspaper reported that there are fears among the right-wing Likud Party that the government will attract supporters to it in return for granting them government positions in an effort to increase the number of its supporters in the Knesset.

Although leaders of the Israeli government believe fresh polls will not serve Israel’s interest, Freeman think that some government partners are already preparing for election.

Freeman also noted that Netanyahu’s trial for corruption charges does not mean the end of his political future.

According to the lecturer, Meretz Party and Labor Party are considering running on a joint list in elections.

“Even though the coalition says it is united and strong, some members in the coalition are actually preparing for new elections,” he said.

Currently, the government does not have a sufficient number of lawmakers, which will affect its ability to pass bills in the Knesset, including budget, political and diplomatic appointments, and hence opening doors to all possibilities.

“All possibilities are open, and we do not know where the situation will eventually go,” Freeman said.

*Writing by Ibrahim Mukhtar in Ankara.