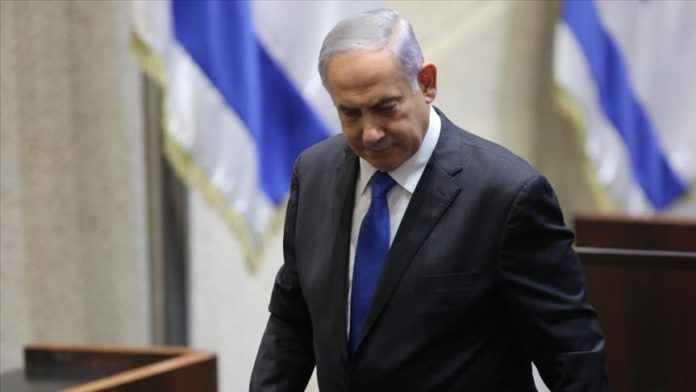 Right-wing opposition leader Benjamin Netanyahu refused to hand over power to his successor, Prime Minister Naftali Bennett, with a ceremony, according to Israeli media on Monday.

“The successor and predecessor prime ministers, Naftali Bennett and Benjamin Netanyahu, are meeting this morning, and there will be no handover ceremony,” the Israeli Broadcasting Corporation said.

Usually, such ceremonies take place in a celebratory atmosphere.

The broadcaster said, “the heads of the security services began briefing Bennett last night on classified information and materials.”

The coalition government of Naftali Bennett-Yair Lapid won last night the confidence of the Knesset (Israel’s parliament), before holding the first meeting of the government that ended 12 years of Netanyahu’s rule.

As of Sunday evening, Netanyahu became the head of the opposition in the Israeli Knesset.

In a speech to the Knesset, Netanyahu pledged to return quickly to power.