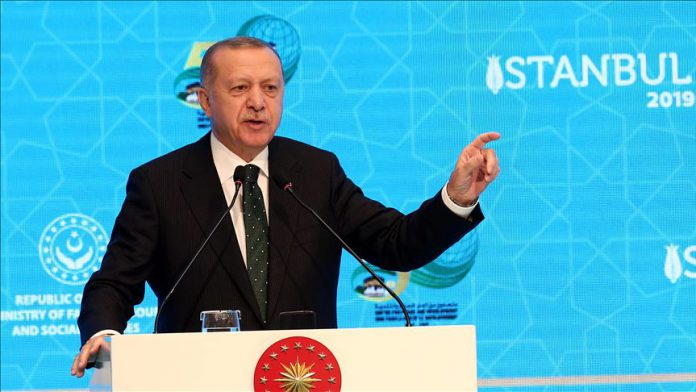 Turkey’s President Recep Tayyip Erdogan said Monday the harsh stance of Israel was fanned by the West and some Arab nations.

Speaking at the Organization of Islamic Cooperation (OIC) meeting in Istanbul, Erdogan said he feels that Turkey is raising the lone voice against oppression in Jerusalem and Palestine.

Erdogan said that the imperialist approach of divide, disintegrate and rule continues in Islamic countries.

“Muslims, who make up about one-fourth of the world’s population today, do not have, unfortunately, the political influence or the economic, social or cultural prowess,” said Erdogan.