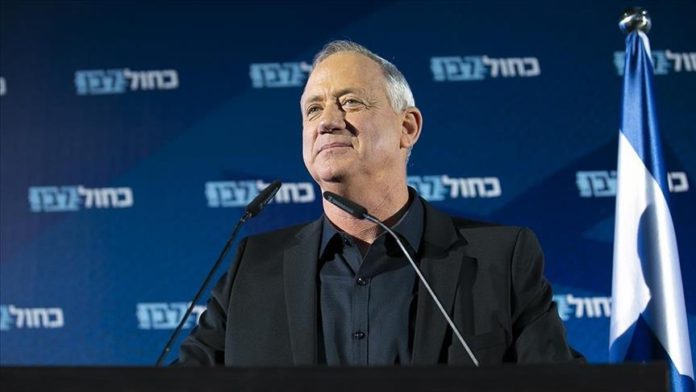 Israeli Defense Minister Benny Gantz said on Tuesday his Blue and White party will vote for an opposition bill to dissolve parliament, a move that could pave the way for new elections.

In a televised news conference, the alternate prime minister said he would back the motion proposed by Yair Lapid, head of the Yesh Atid (There Is a Future) party.

Gantz’s party is a key partner in a coalition led by Prime Minister Benjamin Netanyahu’s Likud.

The alliance was formed in May after three bitterly-fought elections since April 2019 failed to produce a clear winner.

They agreed to head the government on a rotating basis, 18 months each. However, there have been differences over the budget, among other issues.

Before Gantz’s announcement, Netanyahu in a video on Twitter urged him to take back his decision. “This is not the time for elections,” he said. “Now is the time for unity.”

Lapid has repeatedly urged Gantz to dissolve his coalition with Netanyahu, accusing the latter of corruption and mismanaging the economy.