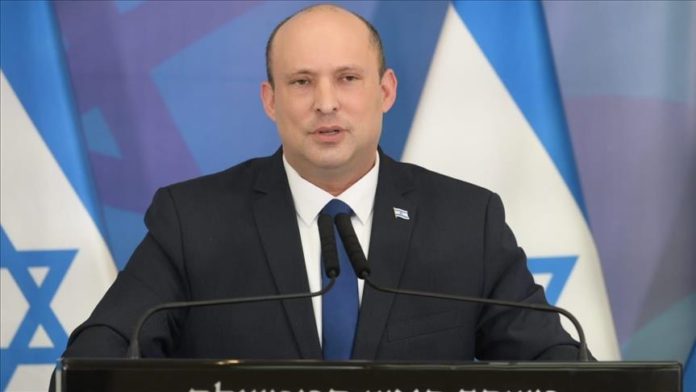 Israeli Prime Minister Naftali Bennett said Israel’s future is in danger as his ruling coalition became a minority in the Knesset (Israel’s parliament).

“Being responsible for forming a rescue government was a difficult choice, but the country’s future is in danger and we must fight to preserve the unity of our people, because we have no other country,” Bennett said in a statement.

Bennett’s warning came after Ghaida Rinawie Zoabi, an Arab lawmaker from the leftist Meretz Party, resigned from the ruling coalition, reducing it to a minority in the Knesset.

Zoabi cited the government’s hard position on Arab issues, including the flashpoint Al-Aqsa Mosque complex in occupied East Jerusalem, the demolition of Arabs’ homes, land confiscation and the controversial citizenship law as reasons for her resignation.

The move left Bennett’s government on the brink of collapse where the coalition now has 59 members in the 120-seat Knesset.

Bennett claimed that the current government has succeeded in several areas, including confronting the coronavirus, unemployment, and violence among others. He also credited his government for decreasing the number of murder cases in the Arab community by 30%.

Zoabi’s withdrawal was the second since lawmaker Idit Silman from the right-wing Yamina Party quit the coalition in April.