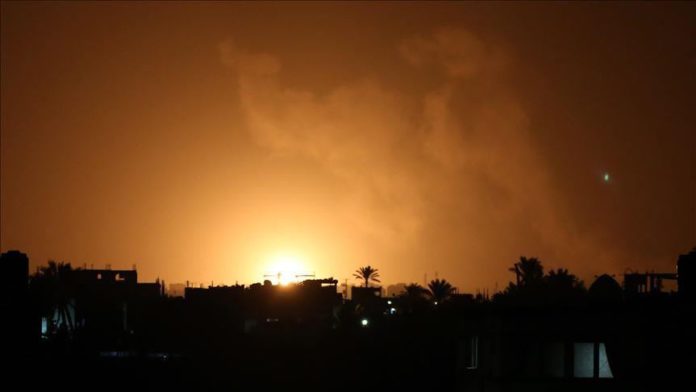 Israeli warplanes carried out airstrikes against positions of Palestinian resistance group Hamas in the Gaza Strip early Monday, according to the Israeli army.

The airstrikes targeted a Hamas tunnel and some military points, the army said in a statement.

The attacks were carried out in retaliation for the launching of incendiary balloons from Gaza, it added.

No information on casualties has been reported so far.

According to information obtained from Palestinian sources, the warplanes struck observation and military posts of the Izz ad-Din al-Qassam Brigades, Hamas’s military wing, in the city of Khan Yunis in the southern Gaza Strip.

The Israeli army has intensified its raids on Gaza over the past week along with tightening a blockade under which it has banned the entry of fuel for Gaza’s sole power plant, plunging the Palestinian territory into darkness.