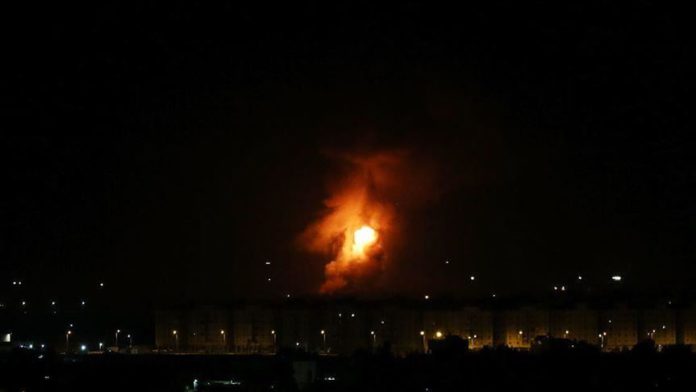 Israeli warplanes carried out airstrikes against a position of the Palestinian resistance group Hamas in the Gaza Strip late Tuesday, according to the Israeli army.

The attack was carried out in retaliation for rocket fire from Gaza, Adraee added.

According to eyewitnesses, agricultural land east of Deir al-Balah city in central Gaza was targeted with at least three missiles.

No information on casualties has been reported so far.

The Israeli army frequently carries out airstrikes on border areas in retaliation for incendiary attacks which they claim are launched from Gaza.