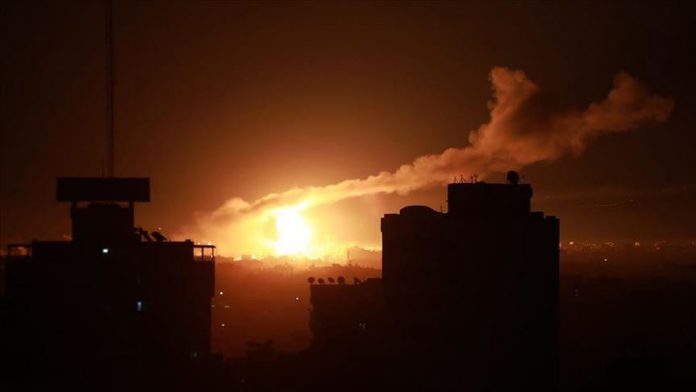 Some positions belonging to the military wing of Hamas were hit by rockets launched from Israeli warplanes and helicopters, according to sources on the ground.

The Israeli army said in a statement that underground infrastructure in the region belonging to Hamas was targeted by Israeli attack helicopters.

It added that the attack was carried out in response to the launch of incendiary balloons from Gaza into Israel.