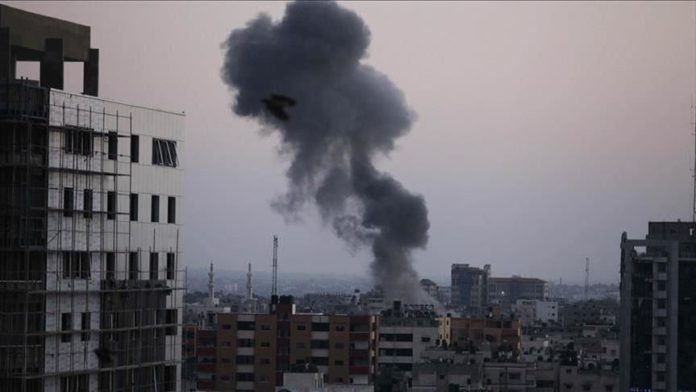 A tunnel allegedly belonging to Hamas, surveillance points, and the air defense system was hit in Gaza, according to a statement.

The attack was carried out in response to incendiary balloons launched by Palestine.

No information was given about the casualties.

It has been the third day in a row of Israeli army attacks on Gaza.

The Palestinian activists have been flying flaming kites and balloons over Israeli territory as part of ongoing anti-occupation protests along Gaza border. The balloons caused fires at 60 locations in the surrounding Israeli settlements.

The Israeli army frequently organizes air strikes on the border areas, where it claims these kites and balloons are prepared.

The Gaza Strip, which has been reeling under a crippling Israeli blockade — by air, land and sea — since 2007, has seven border crossings linking it to the outside world.

Six of these are controlled by Israel, while the seventh – the Rafah crossing — is controlled by Egypt, which keeps it tightly sealed for the most part since the ouster of former President Mohamed Morsi in a 2013 military coup.