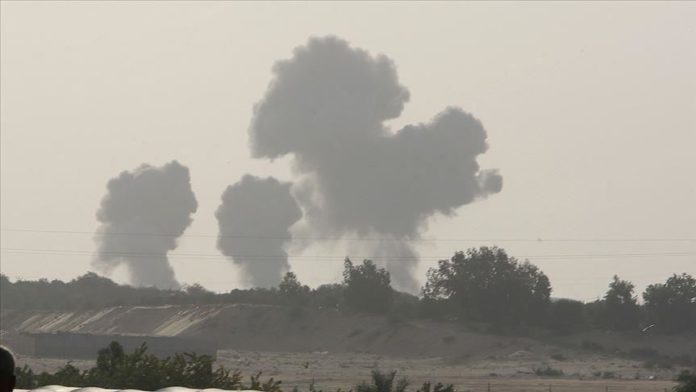 The statement read: “The attack damaged warehouses, command posts and military complexes, as well as batteries of surface-to-air missiles.”

According to the same statement, the airstrikes, which began on Tuesday morning and ended dawn on Wednesday, came in response to the explosives recovered by the Israeli army on the border, which were planted by a Syrian cell that acted under Iranian direction.

Avichay Adraee, a spokesman for the Israeli army, said on Twitter: “We [Israeli army] targeted 8 targets inside Syria, including an Iranian-led camp used as the main headquarters for the Iranian forces near Damascus International Airport.”

For its part, the Syrian News Agency (SANA) quoted a military source as saying: “The Zionist enemy carried out an airstrike from the occupied Syrian Golan Heights on the southern region.”

Since the beginning of the civil war in Syria in 2011, Israel has launched several attacks on Iran-backed Hezbollah forces and the Syrian military, claiming that rockets are fired on its territory from time to time from Syria and the Golan Heights.