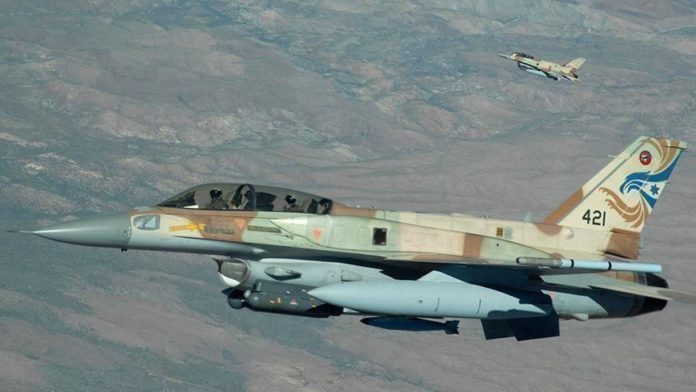 Israeli warplanes were seen flying over the Lebanese capital Beirut on Friday, according to security sources.

Two Israeli jets, flying low over Beirut, violated the Lebanese airspace, according to security sources who were speaking on condition of anonymity due to restrictions on speaking to the media.

Neither Lebanese authorities nor Hezbollah has yet released an official statement regarding the incident.

Earlier, Hezbollah’s Al-Manar television reported a statement by the group, saying it sent a drone inside Israel, touring an area of 70 kilometers (43.4 miles) for 40 minutes.

Previously, the Israeli army said it had failed to intercept a drone which was fired from Lebanon and breached the country’s airspace.

“It is clear from the preliminary investigation that earlier today, a small wireless drone was spotted inside Lebanon, flying towards Israeli territory,” army spokesman Avichay Adraee tweeted.

“After violating Israeli sovereignty and following it up through monitoring systems, helicopters and warplanes were summoned, in addition to launching an interceptor missile from the Iron Dome without being able to intercept it,” he said.

Lebanon is locked in a dispute with Israel over an area in the Mediterranean Sea spanning about 860 square km (some 332 square mi), known as Zone No. 9, which is rich in oil and gas.

Lebanon and Israel have recently accused each other of land, air and maritime space violations.