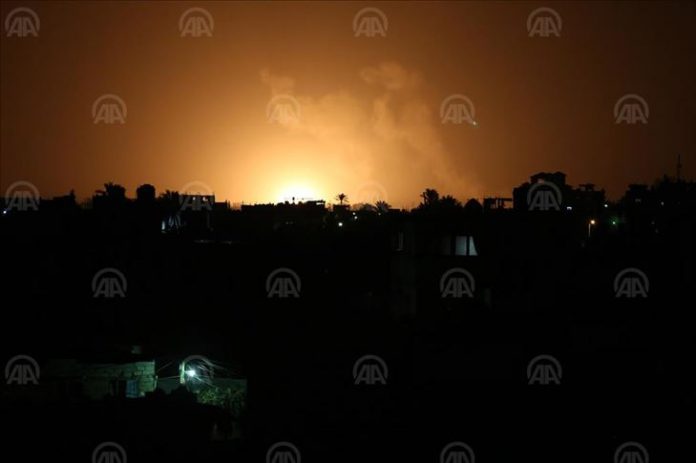 Israel carried out airstrikes late Tuesday in the southern Gaza Strip in response to rocket fire.

Israeli warplanes struck a military facility in the city of Khan Younis belonging to the Ezzedine al-Qassam Brigades, the armed wing of Palestinian resistance group Hamas.

Israel army spokesman Avichay Adraee announced on his Twitter account that two rockets had been launched into Israel from Gaza earlier in the evening.