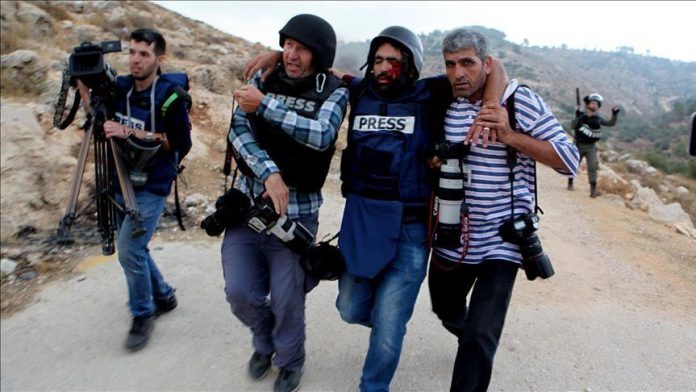 Israeli violations against Palestinian journalists have escalated in 2019, the government media office in the Gaza Strip said on Tuesday.

Speaking at a press conference in Gaza City, Salama Marouf, the head of the media office, said 87 journalists were injured by Israeli gunfire during their coverage of anti-occupation protests along Gaza’s buffer zone.

A total of 67 journalists were also injured while covering Palestinian demonstrations in the occupied West Bank, he said.

“Year 2019 was the second worst year for Palestinian journalists and media institutions,” he said.

Maisara Shaban of the media office, for her part,