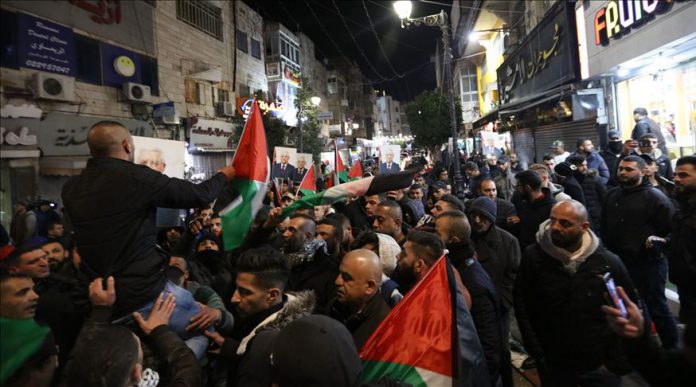 The announcement of the long-awaited proposal on Palestine and Israel by Trump and Israeli Prime Minister Benjamin Netanyahu at the White House was met with anger.

The Palestine Red Crescent Society said Israeli soldiers intervened at the northern entrance of the city of Al-Bireh with plastic bullets and tear gas grenades.

The statement said five people were injured by plastic bullets, three suffered burns and two were affected by the tear gas.