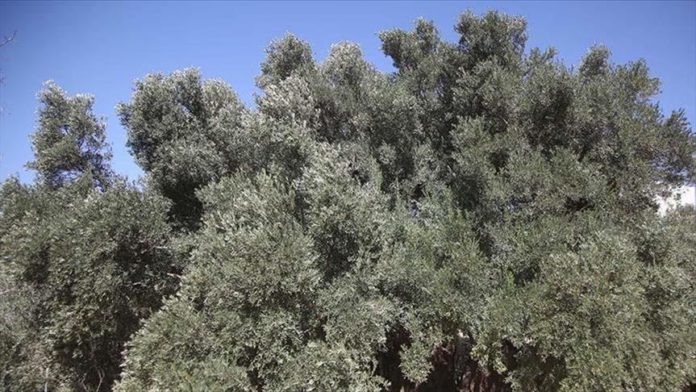 Israeli settlers have chopped down dozens of Palestinian olive trees in the occupied West Bank, according to a Palestinian official on Tuesday.

“The trees were destroyed by a group of settlers from Kida settlement, which was built on Palestinian land in Nablus,” Ghasan Daghlas, who is responsible for monitoring Israeli settlement activity in the northern West Bank, told Anadolu Agency.

He said construction works were already underway to expand the Israeli settlement in the area.

Palestinians in the city of Nablus complain of repeated settler attacks on their farmlands under protection of the Israeli army.