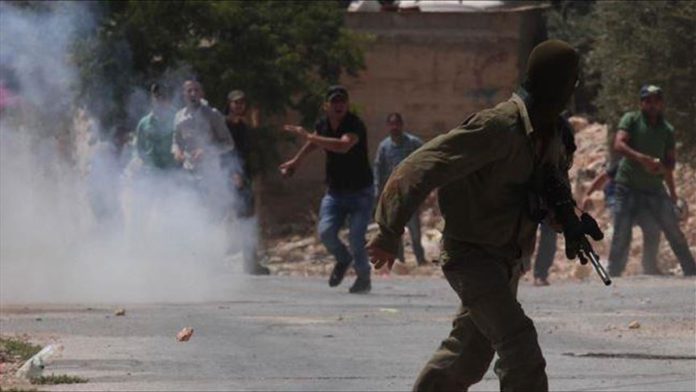 This came at a time when the Israeli army closed about 3,000 dunams (741 acres) of farmers’ lands.

Ghassan Douglas, the official in charge of the settlement file in the northern West Bank said: “Three citizens were injured after a number of Israeli settlers assaulted them and threw them with stones.”

Douglas added that Israelis left Yitzhar settlement, which is built on Palestinian lands south of Nablus, and attacked farmers who were harvesting olives on their lands in the Jabal Al-Lahuf area.

He stressed that attacks are increasing against farmers in areas close to settlements, especially during the olive harvest season which officially began on Wednesday.

In a related context, the Land Research Center of the Arab Studies Society said that the Israeli occupation army had issued 63 military orders to close about 3,000 dunums (741 acres) of lands planted with olives in various parts of the West Bank.

In a statement by the research center, the orders “were issued in conjunction with the beginning of the olive harvest season in the Palestinian territories.”

The Palestinian Center concludes from the military orders that “the occupying [Israeli] authorities are waiting for the olive harvest season to dissuade farmers from reaching their lands, thus facilitating the path for settlers to reach the Palestinian olive fields and steal their fruits.”