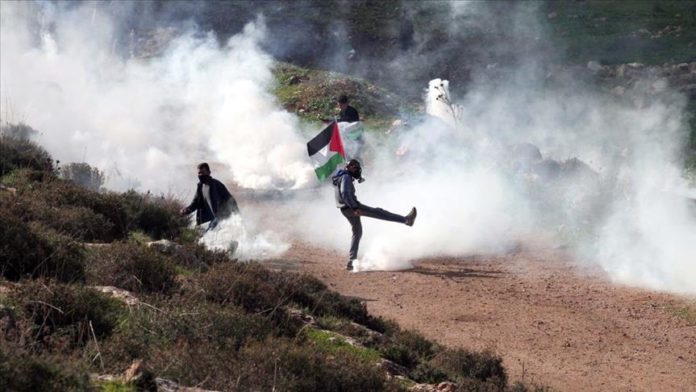 Clashes erupted Friday between Palestinians and Jewish settlers during a demonstration in al-Mughayyir village in Ramallah.

Israeli soldiers tried to prevent the growing tension between Palestinians and the Jewish settlers.

Eyewitnesses said that the Jewish settler who opened fire on protesters was not detained by the Israeli authorities.