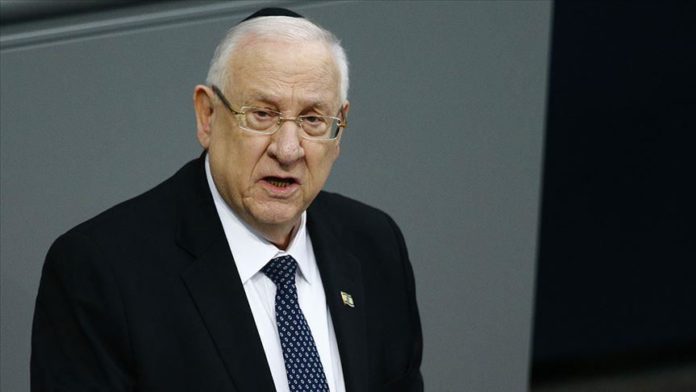 Israel’s president paid an “emergency” visit to a top ultra-Orthodox rabbi, asking him to urge his followers to comply with lockdown measures against the rapid spread of the novel coronavirus, local media reported Friday.

Reuven Rivlin’s visit to Rabbi Shalom Cohen on Thursday, who heads the Sephardi Shas Council of Torah Sages, came after several top rabbis called on ultra-Orthodox Jews, or Haredis, not to infringe on COVID-19 rules amid a surge in infections among the religious community, the Times of Israel reported.

Haredis, who make up some 10% of Israel’s population, account for some 40% of the country’s soaring infection rate.

Following the visit, Rivlin and Cohen issued a joint public call to fight the pandemic by fulfilling “mutual responsibility” and “total abjuration of incitement,” the news website quoted a statement by Rivlin’s office.

Ultra-Orthodox Jews have been widely criticized in Israel for apparently shirking quarantine measures by continuing to organize mass gatherings during the High Holiday season, including the Jewish new year of Rosh Hashanah and Yom Kippur, the Day of Atonement.

As many as 51 new coronavirus-related fatalities raised the nationwide death toll to 1,622, the ministry said in a statement.

The total number of cases now rose to 255,771, including 183,488 recoveries, the ministry said, adding that 807 patients were in critical condition.

Israel returned to total lockdown on Sept. 18 that will last for three weeks in an attempt to stem the spread of the virus.

Prime Minister Benjamin Netanyahu said Wednesday that exiting the lockdown will be slow and gradual and could continue for an entire year.