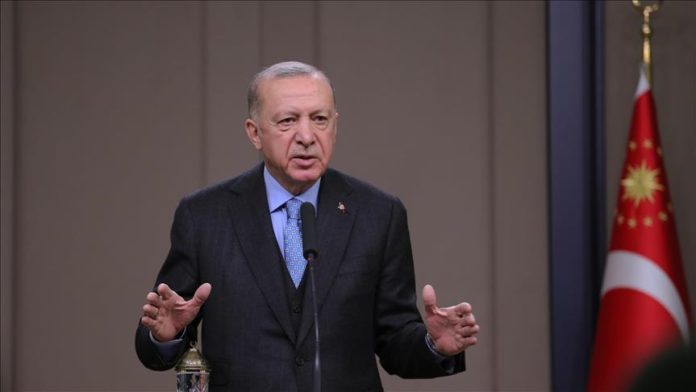 Speaking to reporters ahead of a trip to Ukraine, President Recep Tayyip Erdogan said Herzog’s expected visit to Turkiye would happen “in mid-March.”

Putin’s visit to China is scheduled for Friday.

Commenting on the recent rise in tensions between Moscow and Kyiv, Recep Tayyip Erdogan said Turkiye is “closely following” developments.
“On every platform, we voice Turkiye’s support for Ukraine’s territorial integrity and sovereignty,” added the Turkish leader.

Erdogan urged all parties to exercise self-restraint and engage in dialogue to ensure peace in the region.

Commenting on 12 irregular migrants who were found frozen to death on Wednesday after being pushed back by Greek forces into Turkiye, Erdogan said it would be unacceptable to remain indifferent to such an incident.

Turkish Interior Minister Suleyman Soylu announced the deaths of the irregular migrants, who had been among migrants “pushed back” by Greek border forces and stripped of their clothes and shoes.

Erdogan is expected to attend the 10th meeting of the two countries’ bilateral High-Level Strategic Council as part of his official visit to Ukraine.

He and his Ukrainian counterpart Volodymyr Zelensky are expected to sign various agreements and address a joint news conference in the capital Kyiv. 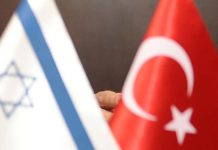