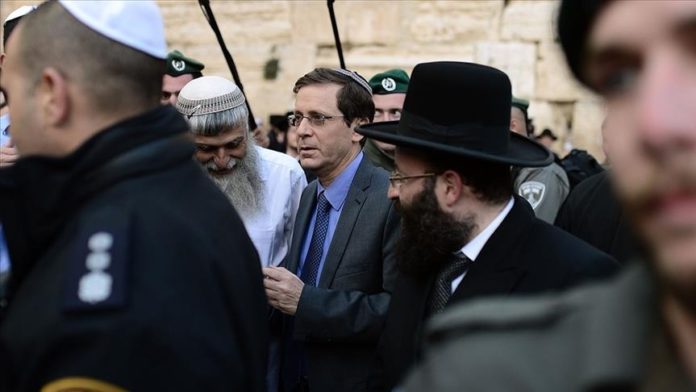 Israeli President Isaac Herzog said he intends to maintain dialogue with his Palestinian counterpart Mahmoud Abbas, who called him on Sunday to congratulate him on assuming office.

“I spoke this evening with the head of the Palestinian Authority, Mahmoud Abbas, who called to congratulate me on entering my new role. In my words of thanks, I emphasized that I intend to continue to maintain ongoing dialogue with him as previous Israeli presidents have done,” Herzog wrote on Twitter.

He also shared his hope of “assisting in advancing relations and the hope for peace between two peoples living side by side.”

According to the Palestinian news agency WAFA, Abbas emphasized during the phone call that it is necessary to achieve lasting peace in Gaza, the West Bank and Jerusalem.

Israel’s Channel 12 previously reported that Abbas was drafting a list of demands in case Palestinian-Israeli peace talks were restarted.

Talks between Palestinian and Israeli leaders were halted in April 2014 due to Tel Aviv’s refusal to release Palestinians jailed since before 1993 and to halt settlement activity on occupied Palestinian land.