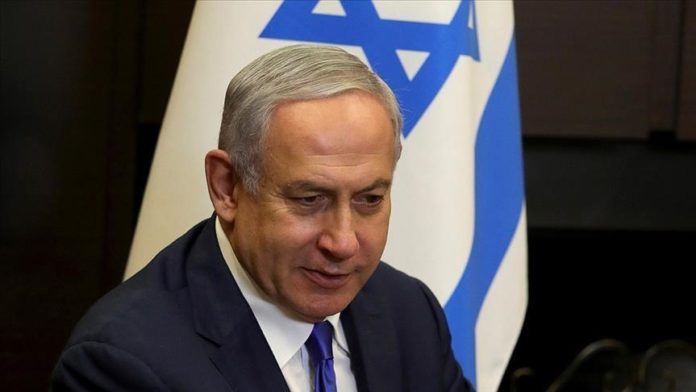 The Israeli premier’s visit to the UAE and Bahrain has been postponed due to air travel restrictions part of Israel’s coronavirus lockdown, his office said on Thursday.

Benjamin Netanyahu was due in the two countries next week on what would be his first visit since normalization of ties last September.

This is the third time he has delayed the trip owing to tensions in Israeli politics as well as the pandemic.

“Despite the importance of the trip to Abu Dhabi and Bahrain, Prime Minister Benjamin Netanyahu has decided to postpone the visit at this stage due to the closing of the skies,” read a statement.

Israel halted air traffic last month as it ramped up preventive measures after new strains of the coronavirus were detected around the globe.

“Prime Minister Netanyahu very much appreciates the invitations of Crown Prince Sheikh Mohammed bin Zayed and King of Bahrain Hamad bin Isa Al-Khalifa and the historic peace that has been established between our countries.”

In the last weeks of January, Israel announced the opening of a consulate in Dubai and an embassy in Abu Dhabi, the first in a Gulf state.