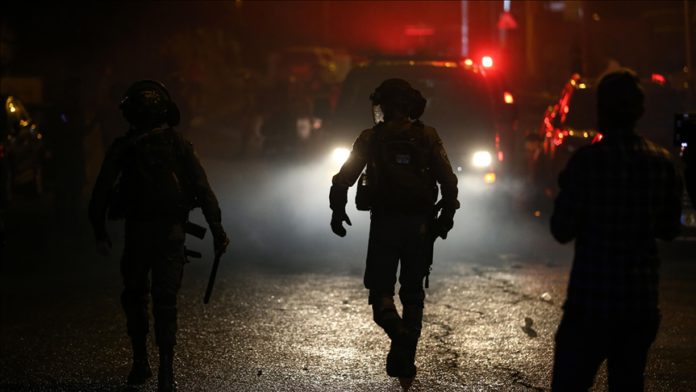 Palestinians in Sheikh Jarrah face almost daily arrests for their activities against Israeli plans to expel Palestinians from their homes.

Some 28 Palestinian families who have resided in Sheikh Jarrah since 1956 are facing threats by Israeli authorities to be expelled from their homes in favor of Israeli extremist groups.

Palestinians in the Silwan neighborhood to the south of the Al-Aqsa Mosque complex in East Jerusalem are facing similar threats, with Israeli authorities demolishing a shop Tuesday as part of 17 demolition orders against Palestinian buildings in the neighborhood.

Local officials in Silwan had earlier warned of Israeli plans to demolish around 100 homes in the Al-Bustan quarter under the pretext that their owners lacked building permits.

The Palestinian Authority says Israel intends from such demolition orders and expulsion of Palestinians from East Jerusalem to Judaize Jerusalem and to obliterate any Palestinian Arab identity in the city.