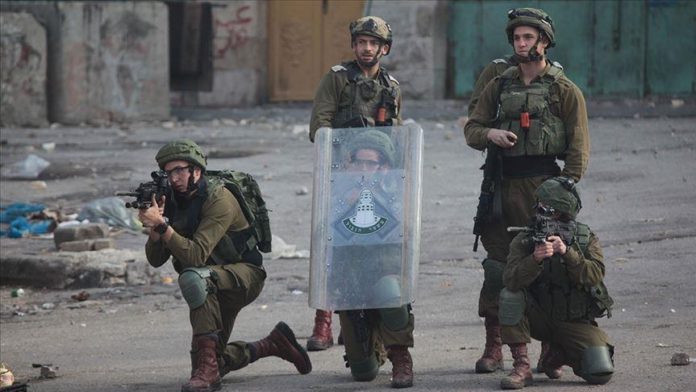 A Palestinian was martyred late Monday by Israeli police gunfire after he allegedly attempted to open fire at Israeli forces in the Old City of occupied Jerusalem.

The Israeli police said: “From a preliminary investigation, it was found that the suspect, who arrived at Bab Hatta [one of the Al-Aqsa doors], opened fire from a Carlo-type [machine gun] at a security point for the police at the location.”

“The police and border guard fighters working in the old city chased him on foot, while he was shooting at them,” the Israeli police said, adding that the Palestinian was neutralized.

The official Israeli Broadcasting Corporation had published footage near the site of the incident, during which sounds of intense gunfire were heard.