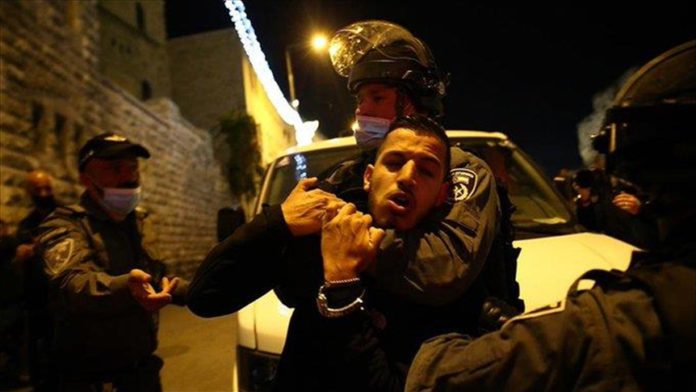 Israeli police on Thursday injured seven people around the Al-Aqsa Mosque area, including a Jew in East Jerusalem’s Old City.

Six Palestinians were injured by police, four were treated at the scene, while two were taken to a hospital, according to the Palestine Red Crescent.

Meanwhile, a Jew who was crossing, was also injured in the head during police intervention, according to witnesses.

Police used water cannon vehicles to disperse protesters with pressurized water and a Palestinian woman and her daughter were injured by rubber bullets.

For years, worshipping at Al-Aqsa has been limited to residents of the occupied East Jerusalem and Arab cities and towns in Israel.

Wildfires, forest fires around world in 2020