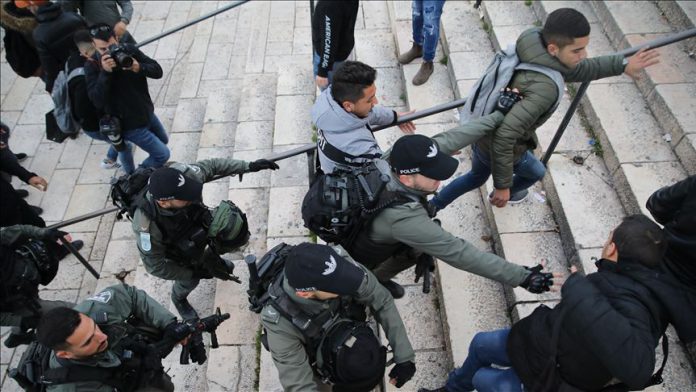 The Israeli police forced their way into the mosque and shot rubber-coated metal bullets at the worshipers, the official with Jerusalem Islamic Waqf, an organization responsible for overseeing the city’s Islamic and Christian sites, told Anadolu Agency.

This is the third Friday in a row that Israeli police stormed Al-Aqsa Mosque and attacked worshippers after morning prayer.

Thousands of Palestinians perform morning prayer at the Al-Aqsa Mosque, to affirm their devotion to it and their refusal to the Israeli