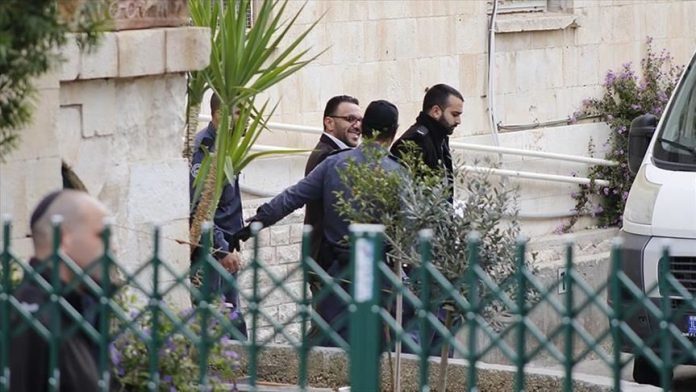 Israeli police have detained Jerusalem Governor Adnan Ghaith on Thursday, according to eyewitnesses.

The detention came after the police raided Ghaith’s residence in Jerusalem’s neighborhood of Silwan, the eyewitnesses told Anadolu Agency.

Ghaith has been detained several times in recent months.

The reason behind the detention remains unclear and the Israeli police have yet to issue an official statement.

Jerusalem remains at the heart of the decades-long Mideast conflict, with Palestinians hoping that East Jerusalem — occupied by Israel since 1967 — might one day serve as the capital of a Palestinian state.