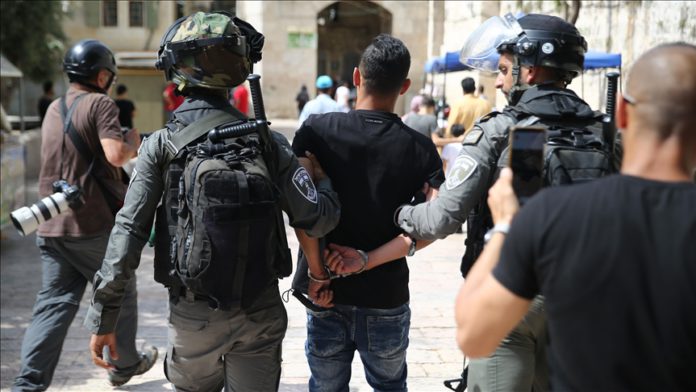 Israeli police on Friday detained three Palestinians after Friday prayer at the Al-Aqsa Mosque in the occupied East Jerusalem.

After prayers, a brawl broke out between the Palestinians trying to leave the Old City and Israeli police at the Lion’s Gate of the mosque compound.

Israeli police said in a statement that some Palestinians threw stones at police guarding the compound causing slight injuries to a policewoman.

Separately, a demonstration was held in the Sheikh Jarrah neighborhood of occupied East Jerusalem against the possible forcible eviction of Palestinian families.

In April, an Israeli court ruled to evict eight Palestinian families from their homes in the Sheikh Jarrah neighborhood in favor of settlement groups, triggering tensions across the Palestinian territories.

Israeli authorities, however, postponed giving a final decision on the eviction orders till December due to Palestinian mass protests, an 11-day escalation between Israel and Palestinian resistance groups in Gaza, and international pressure.

Amid rising euro, ECB's focus to be on inflation