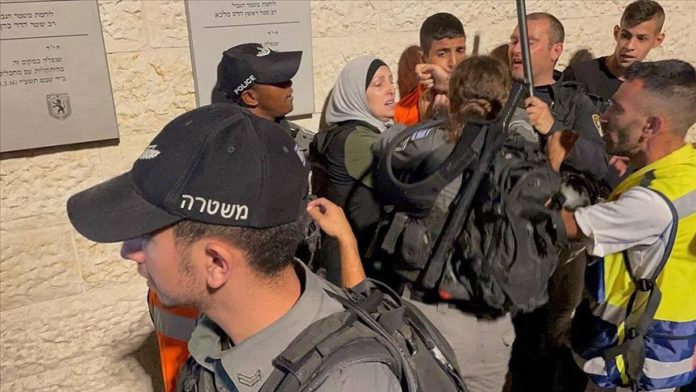 Young Palestinians gathered at the gate after more than 1,000 Israeli settlers forced their way into the Al-Aqsa Mosque complex early Sunday, amid tension over a planned settler incursion into the flashpoint site.

The police beat some Palestinians and detained a few others.

Earlier Sunday, Israeli forces shut all entrances and gates to the Al-Aqsa complex.

Israeli settler groups have called on supporters to force their way into the Al-Aqsa complex in large numbers on Sunday to mark what they call the “destruction of the temple” in ancient times.

On Saturday, hundreds of settlers staged a march in occupied East Jerusalem ahead of their planned incursions Sunday.