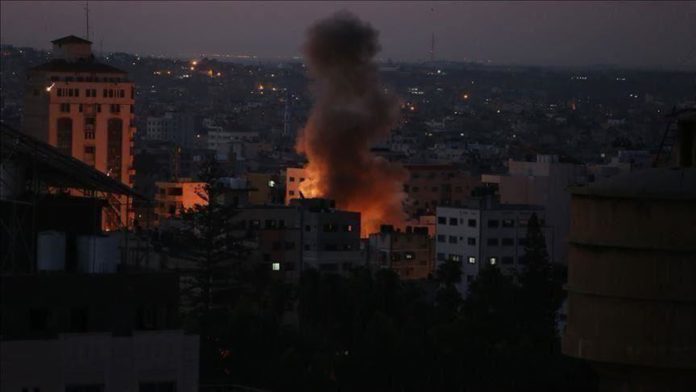 An Israeli warplane Thursday fired a missile that landed in a school run by the UN Refugees Agency (UNRWA) in Al-Shati refugee camp, western Gaza city.

A Palestinian security source, who spoke on condition of anonymity, said the missile didn’t explode but caused damages to the school building.

The source added though the UNRWA management has suspended the education process in the school, it has yet to comment on the incident.

“These aggressive policies aim to exacerbate the crises our people in Gaza are enduring, to paralyze their daily life and to disrupt the efforts of combating coronavirus amid international and regional silence.” Fawzi Barhoum, a spokesperson for the Hamas group, said in a statement.

At Thursday dawn, Israeli warplanes raided several locations of the Hamas military wing across Gaza, but no injuries were reported.

The Israeli government has intensified the blockade, cutting the supply of fuel to Gaza and limited the space of fishing for Gaza fishermen.

Israel claims these actions, including the air strikes, were in response to the incendiary balloons launched from Gaza over the last week, causing fire in areas around the blockaded enclave.

US: African Americans worst-hit by virus in Georgia